Justin and the Amazing Technicolor Dreamcoat 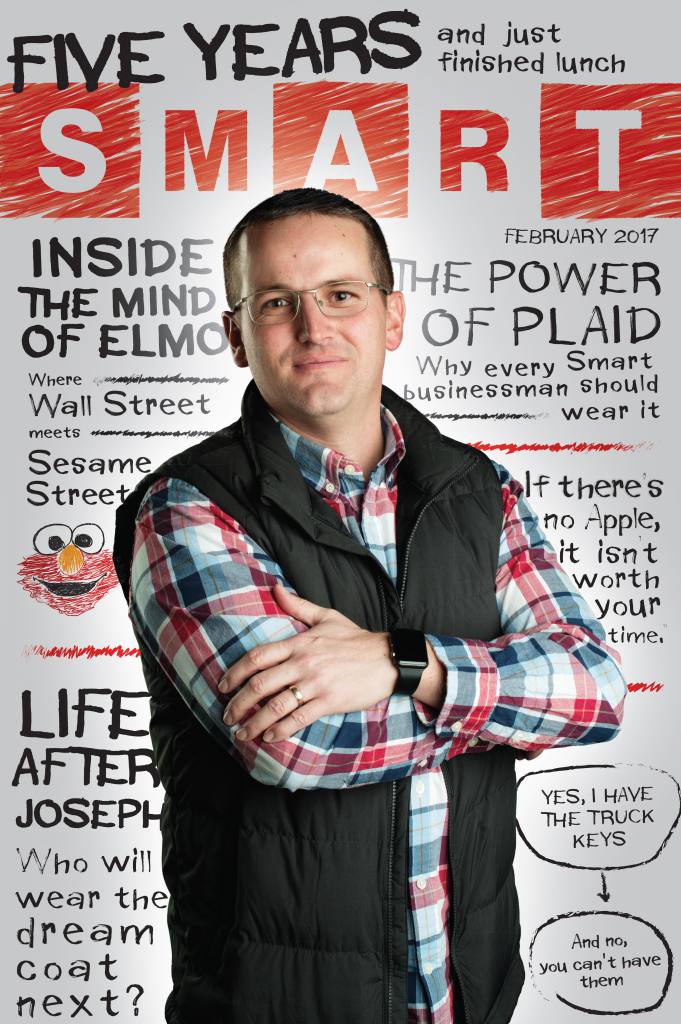 We can hardly believe it’s been five years since Justin Smart, or “Trusty Justy” as some call him, joined the Penna Powers team. From his role as Director of Public Involvement to Vice President of Client Services, he has provided our agency with exceptional growth, focus and joy.

Known for his way around a white board, Justin has a knack for communicating with people (particularly those who are fired up) and explaining things clearly while keeping a positive and upbeat attitude. No mountain is too high to climb in his eyes, so long as we have the right team in place and gear to support us.

Between strategizing, planning or managing a crisis, Justin has more meetings than anyone in the agency. And in the off chance he has a break, you’ll probably catch a glimpse of him in his sweater vest at the nearest gas station indulging his craving for a hot dog, which will likely take him an average of 54 minutes to consume. Don’t even get him started on the “best” Mountain Dew in town, he’ll drive however long it takes just to enjoy the perfect ice to bubbly soda ratio.

We’re so proud to call this techie, tenor (ask him about his role in Joseph and the Amazing Technicolor Dreamcoat), and father of four, one of our most trustworthy and fearless leaders.

Thank you for all that you do, Justin. We’re honored to celebrate you.