Penna Powers has a brand new soccer team, and we pulled from whoever we had in-house to make it happen: techies, creatives, has-beens, bikers, bums and account managers. Don’t let the player pool fool you, however, because as of right now, we are 3:1. Somehow, this hodgepodge of players has turned into a tactically savvy soccer team, feared by every other team in the Coed, League 10.

The Dungeons and Dragons discussions have been nixed by talks of soccer tactics and sub rotations. The afternoon Birthday Celebration sweets have been forgone in the stomach’s preparation for the evening’s match. The P2 staff is hyped every Game Day with anticipation. Needless to say, the creation of a P2 soccer team has had an energizing effect on the P2 workday. 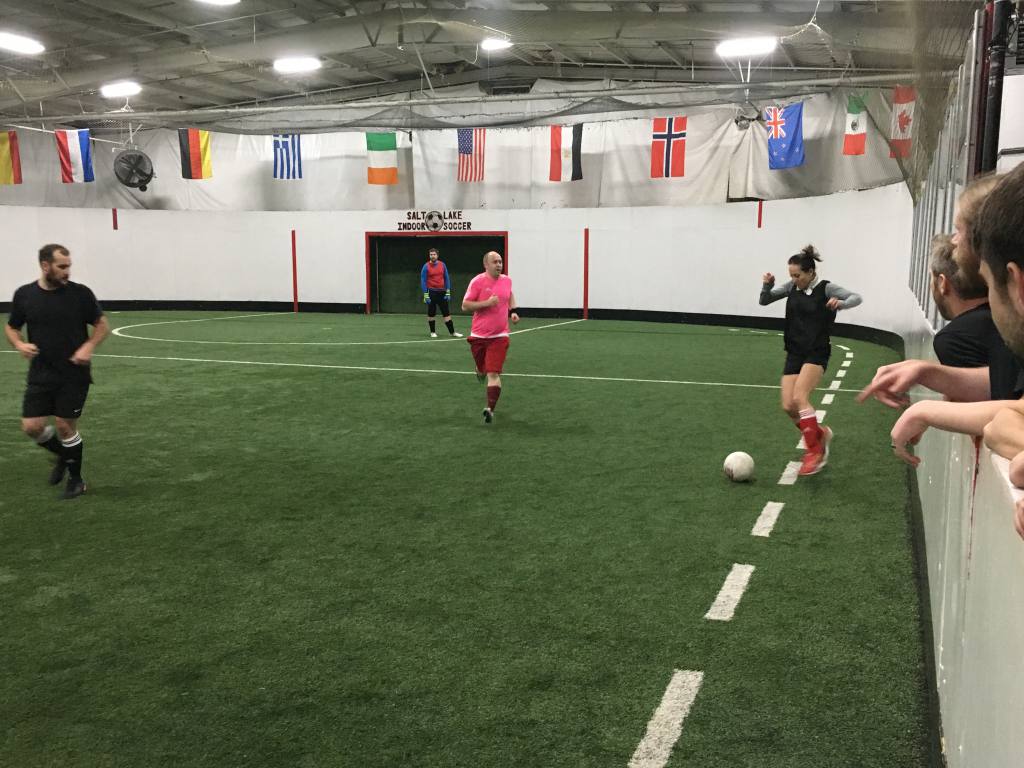 Last week was a nail-biter! After overcoming a 3:0 deficit, Nate sealed the deal with a striking hit to far post for the 4:3 advantage with only minutes to go. Thor, Marsha and Becka worked some skilled offensive magic in the final third, sometimes surprising themselves, tallying upwards of 10 shots on goal. Audrey fit her defensive role like a glove and with Jordan’s coaching and stamina our team was organized and tactful. Tyson never swore, never let Jordan down and made a few seriously key stops in the final minutes of the match to seal the victory.

Players to watch 1/19: Definitely Collin Brian. A player that demonstrated some silky skills for 3 minutes — fans everywhere are anxious to see what he will do with a few more.

The wrath of P2 officially unleashed versus Pandas IFC. After 12 utterly nasty goals, the Pandas were left bereft of their cute looks and pride.

Speaking of cute, the girls brought the heat. Marsha continues as the consistent offensive threat while really sticking it to the offsides rule. Audrey’s savvy is missed every minute she is off the pitch. Becka receives “most improved player” and is typically found doing drills after the game. Carly got her sports confused and deliberately produced a screen, which resulted in a foul that would make any basketball coach proud. It made Kim really proud, too. Melinda had a harsh welcome to the sport with the whiff of the game. No matter, literally seconds later she was up and assisted the sweetest goal of the night. Whiff’s on you, Pandas.

The boys also did work. Player-to-watch, Collin Brian, exceeded expectations with a hat-trick performance – it’s amazing what a little more than three minutes can do for you. Jordan ran our defense…and offense…and midfield…he basically runs the entire game, literally and figuratively speaking. Nate is consistently on the leader board for goals and rumor has it scouts are watching him closely. Tyson had a sick shot on goal and if you don’t believe me, it was caught on film. Thor doesn’t say much vocally and let’s his moves do the talking: to this day he has the best shake-n-bake skills we have seen. 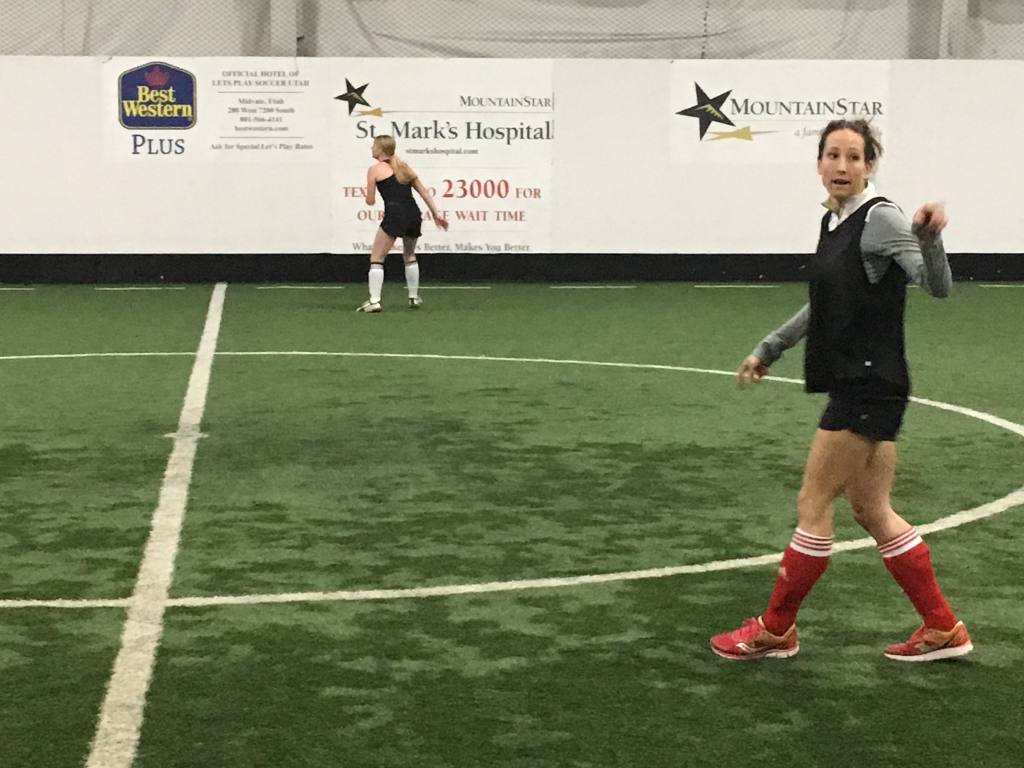 If you’ve ever wondered if Narwhals exist, they don’t. P2 defeated second-in-the-league foe Narwhal Nation 9-3 last Thursday wrapping up a 3-game winning streak. The Narwhals were feisty but P2 fought back, collecting the most fouls they’ve had all season. Kim made-good with her 3-goal promise to Chuck and scored her first hat-trick of the season. She also made-bad with an opposing player, failing to chip over his 6’5″ self resulting in a nice ball-to-face moment for him. He had some colorful words for Kim immediately following (something about “going around…”).

Meanwhile, Tyson was caught counting out loud the number of times he was falling to the ground – going down with a loud “There’s three!” midway through the game. He and Thor almost had to shave and let their locks flow due to a shortage of female players. Collin remained calm and collective helping us to keep our cool all game long. Marsha has added to her soccer position repertoire by developing as a fantastic midfielder, constantly checking back to add support. Becka and Nate are beginning to make a great “soccer couple.” Fans can really see the chemistry between the P2 players develop. It is not uncommon to see give-and-go’s, wall passes, and spectacular assists at every game.

Players to watch 2/2: Alex Antonino. Let’s call this what it is: an all-out call-out. Her sassy spunk in soccer form is the most anticipated venture of the New Year. Fans and P2 players cannot contain their high-hopes for Miss. Antonino’s participation. 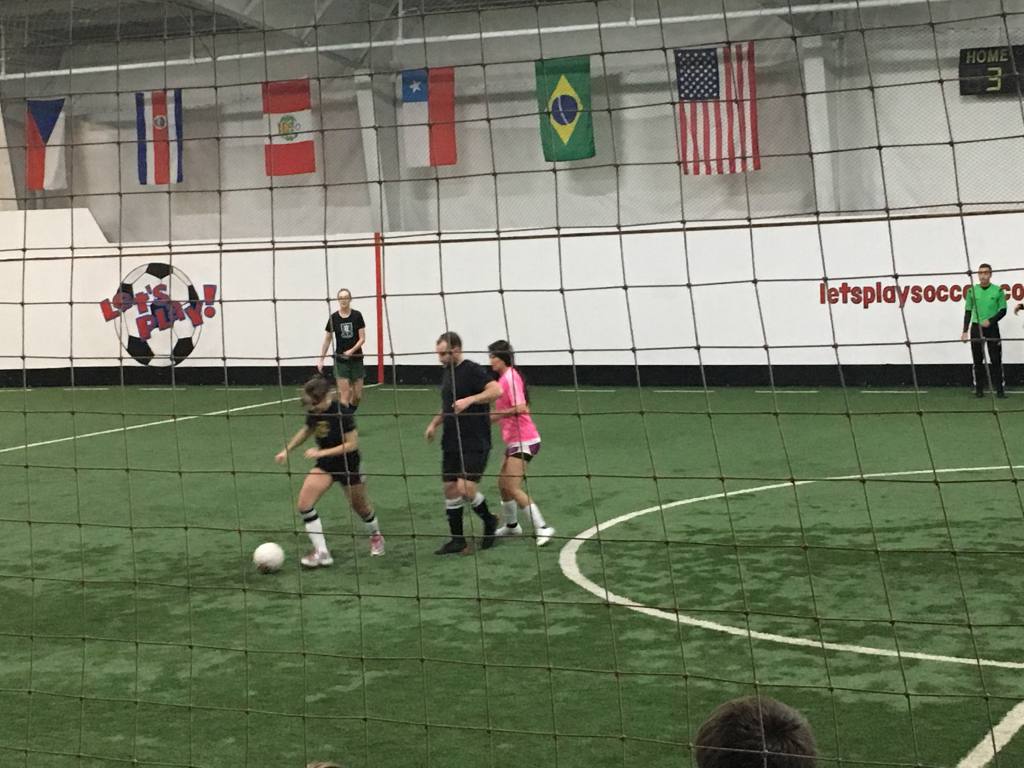